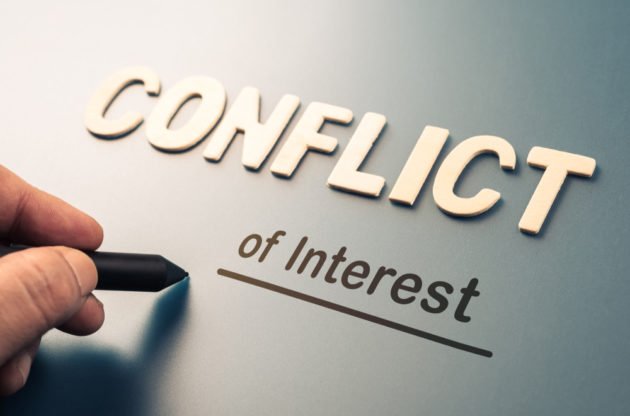 The financial sanctions imposed by the West on Russia are extensive and unprecedented, and they are devastating the Russian economy and reigniting the Cold War of the 1960s and 1970s.

As an unintended consequence of the sanctions, questions are being raised regarding the carefully constructed international financial system featuring the US dollar as the global reserve currency.

As the world’s “sole financial superpower,” the willingness of the US to engage in financial warfare energizes countries worldwide — allies and competitors — to decrease their economy’s vulnerability to a dollar-centric system.

China is the world’s fastest-growing economy and is thought by many to eventually replace the US as the largest economy. China and other countries have taken measures to reduce their dependence on the dollar and US-dominated financial systems such as SWIFT.

What is the purpose of a world reserve currency?

The ability to pay and receive a single currency minimizes the costs, time, and complexity of millions of international trades daily, amounting to billions of dollars. Since World War II, the bulk of the world’s trade has occurred in US dollars.

How the US dollar became the global reserve currency

Gold and silver served as the exchange unit for international transactions for most of recorded history. Coins were initially minted from the metals and universally accepted as money based on the weight and purity of the metal. A trader could buy spices in China, transport the goods to Europe, and receive gold in payment.

Fiat paper currencies were exchanged into a specific amount of gold, but tying a nation’s currency to an amount of gold limited a government’s ability to print money and expand its debt. Consequently, governments replaced the security and accountability of a currency being backed by gold with the promise of a currency that was legal tender secured by the faith and credit of the issuing nation. Too much currency results in inflation; too little can end in deflation and an economy’s decline.

The requirement to fund World War II’s defense costs and the accompanying problems affecting international trade led to the Bretton Woods Agreement in 1944. The 44 attending countries agreed to use the dollar tied to US gold reserves as the official exchange media between countries — an indirect method of securing currency with gold.

A foreign government could hold dollars rather than gold since dollars were convertible to gold. The action effectively made the dollar the global reserve currency. The arrangement seemed sensible since the US at the time held an estimated 75% of the world’s official gold reserves.

Following the war, America sent billions of dollars overseas for purchases of consumer goods and to rebuild Europe’s and Japan’s infrastructure. If the foreign governments would have converted the paper dollars they received, it would have resulted in a loss of gold in the US and threatened the nation’s ability to redeem the outstanding dollars.

Unwilling to risk a default, President Nixon notified the International Monetary Fund (IMF) members in 1971 that the US would temporarily suspend the exchange of dollars for gold.

It’s said that nothing is more permanent than the temporary, and the temporary suspension remains in effect today.

What are the benefits of the dollar being the world reserve currency?

Being the world’s preferred currency has its advantages:

So, everything is perfect then, and this arrangement can go on forever? Not so fast.

For a currency to function effectively in international trade, it must meet two requirements:

These requirements led to Yale economist Robert Triffin’s testimony before the Congressional Joint Economic Committee in 1959. Triffin told the committee that being the world’s reserve currency created an irresolvable conflict due to the long-term needs of the international trade community and the short-term interests of the county providing that currency.

What Triffin claimed is that the success of a global reserve currency would lead to its demise.

Why having a reserve currency can lead to higher national debt

According to Triffin, the reserve-currency country must continually run a trade deficit (more imports than exports) to provide the necessary liquidity (dollars) to maintain and grow foreign trade and economies.

The trade deficits and foreign demand for dollars will force the US to issue greater and greater debt. As the debt grows, questions about the ability of the US to service the debt result in a lower credit rating and higher interest rates.

What is the end game for a world reserve currency?

Reducing the debt by increasing exports, decreasing imports, and retiring debt would also reduce liquidity in the market, stifle global economic growth, and potentially cause a worldwide depression. In other words: The end of the game for a global reserve currency is failure and collapse.

If other countries lose confidence in the dollar, trillions of dollars of Treasury debt held overseas could flow back into the US. At that point, the Treasury could:

It goes without saying that a decline in the use of the dollar as the world reserve currency has adverse effects, and this will directly affect Americans’ way of life. A retreat from its position and a slowdown in foreign trade would affect all nations adversely and make the world more dangerous.

Why we could return to a gold-based reserve currency

Countries — both allies and foes — are increasingly dissatisfied with the dollar as the world’s reserve currency and the accompanying financial leverage accrued to the United States. China established the Cross-Border Interbank Payment System (CIPS) based on the Chinese yuan to rival the SWIFT system in 2015.

Though the yuan accounted for less than 4% of global transactions in January 2022, that proportion will grow with Russian and Indian use, and other countries are likely to utilize CIPS to reduce their vulnerability to US sanctions.

Countries are becoming dissatisfied with the dollar

Dissatisfaction with fiat currencies is growing due to the lack of control over the issuing of money secured solely by the issuing country’s promise and ability to redeem their debts.

Patrick Barron, an economist who has taught at the Universities of Iowa and Wisconsin for more than 20 years, claims that central banks are “little more than legal counterfeiters of their own currencies.” Barron also warns, “Should the world’s second-largest economy and one of the world’s greatest trading nations [China] tie its currency to gold, demand for the yuan would increase and demand for the dollar would decrease overnight.”

China could be positioning its yuan to strike

Analysts speculate that China’s gold holdings currently exceed the United States’ holdings. According to the World Gold Council, the US has 8,133 metric tons of gold, officially the largest holdings globally. The same source estimates that China has 1,948 metric tons, about one-quarter of the US holdings. Dominic Frisby, writing for MoneyWeek, claims that China almost certainly owns more gold than anyone else:

Collectively, China’s gold reserves are estimated to be almost 31,000 metric tons, nearly four times the gold held by the US.  Ross Norman, a respected gold analyst, speculates that the country has deferred a public announcement of its actual holdings due to its impact on the country’s estimated $3.2 trillion of US foreign exchange reserves and $1 trillion of the US national debt.

Any announcement of China’s actual gold reserves would ignite price increases in their currency and gold and reduce the value of other fiat currencies.

Will the world return to a gold standard?

No one knows the future or how current events will affect the financial system. Will the political tensions rise or wane? How will the global trend of nationalism affect international trade? Will a sound money system — currency backed 100% by commodities with real value — reappear?

Analysts generally agree that the dollar’s proportion of foreign reserves will decline as countries diversify their holdings, increasingly accept the yuan, and challenge confidence in the dollar. In the meantime, a Chinese dragon waits with a gold weapon, ready to fire at the opportune moment.

The post The Triffin Dilemma – Why the US Dollar Is Up Against Fate appeared first on Gold Alliance.