Another Crack in the Dollar’s Dominance? 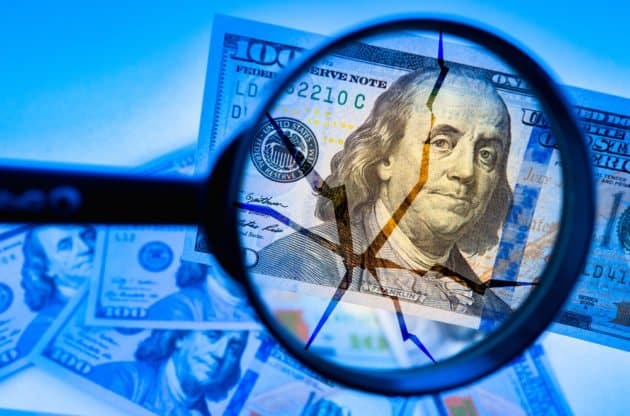 The dollar remains the world’s reserve currency, but Russia and China are signaling a significant shift away from the greenback. Now the Bank of Israel seems to show these efforts are somewhat successful as it’s reducing its exposure to the dollar (and the euro). In their place, Israel added the Japanese yen, Australian dollar, Canadian dollar, and Chinese yuan to its reserves.

A significant move from a close ally

In 2021, Israel’s total reserves exceeded $200 billion for the first time ever, so the reduction equals over $10 billion. But what makes the change more noteworthy is that it’s a crack in the relationship between Israel and the US.

The ties between the two countries have been strong since WWII. Israel has been the largest beneficiary of US foreign assistance since WWII. The US has provided Israel with nearly $3 billion annually since 1985, occasionally exceeding that figure. Since the Second World War, the total figure is over $146 billion (not adjusted for inflation).

Israel is aware of this history and of its reliance on the US from a military perspective, which makes this move by the Bank of Israel stand out even more. This move is important not because it shows Israel is ungrateful.

The shift away from the dollar requires the Israeli bank to hold currencies it did not have to hold before to support import transactions where the exporters do not want to receive US dollars. By adding Chinese yuan to its reserves, Israel is telling us about the effects of the world reserve currency battle going on and that the dollar is losing ground to its competitors.

More and more countries are separating from the dollar

Israel is the latest in an expanding list of countries showing various degrees of moving away from the US dollar:

Are we heading towards the demise of the dollar?

Will there be a point where our allies put their own economic interests first over relations with their transatlantic partner?

According to Akhil Ramesh, a fellow with the Pacific Forum (a non-profit, foreign policy research institute), “It is a matter of when the US dollar loses its dominance among global currencies — not will.” [Emphasis is mine.]

The Federal Reserve Flirtation with Inflation

The post Another Crack in the Dollar’s Dominance? appeared first on Gold Alliance.