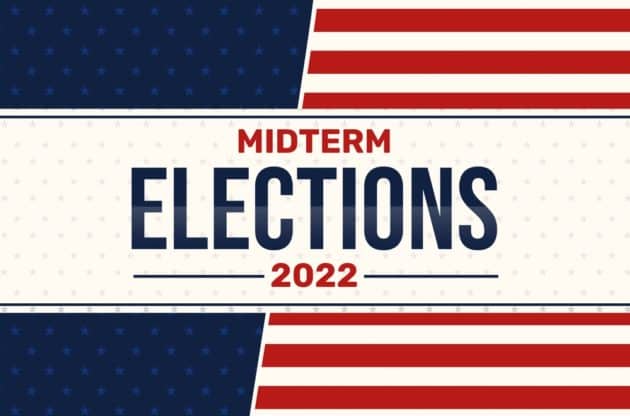 For months, the US economy has been teetering on the brink of recession.

And November 8th’s Congressional election results could nudge the economy over the edge..

This is why sharp-eyed investors are watching emerging polls and prediction models like forensic detectives. Because they know a Congressional power shift could push the financial markets up or down. And the election results and which party wins control of Congress could impact everyday Americans’ savings too.

The million-dollar question then is:

Will Republicans seize control over Congress?

If pundits are correct, the Democrats face a challenging midterm. In fact, FiveThirtyEight’s forecast gives Dems a mere 28% chance of maintaining control. That gives Republicans a whopping 72% chance of taking over the House, the Senate, or both.

And Wall Street’s odds appear to be even higher. Morgan Stanley says investors are speculating on the elections through exchange-traded “prediction markets.” Prediction markets often help investors adjust their portfolios before an election. And recent analysis seems to imply a 90% probability of Republicans winning at least one chamber of Congress.

But nothing is set in stone. After all, political pundits and analysts have been wrong before. And a lot can change in the days before the midterms.

So, how could a Republican victory affect your financial future?

If Republicans win, they’ll likely focus on the economy’s lackluster performance. Getting it back on track may mean pro-business moves, like deregulation and tax breaks. Individuals may get tax breaks too.

Republicans may also reverse or halt many of the Administration’s top priorities. If so, clean energy investments and tax hikes for high-net-worth individuals could vanish.

But regardless of midterm results, new Republican legislation may stall without bipartisan support and presidential approval. Because the nation’s political parties are more divided than ever. And this means legislation gridlock could drag on for the next two years.

So unless a Republican wins the presidential election in 2024, the party’s plans may never come to life. This means a clear Republican victory may still lead us to gridlock.

But what happens if Democrats and Republicans split control over Congress?

More gridlock. And political deadlock that could halt any sweeping policy changes.

Brave new legislation may reach the floor. But without a single party in complete control, the two parties would have to compromise.

That leaves us with one scenario: status quo.

What happens if the Democrats retain control?

If Democrats remain in control, we may see increased government spending. This may mean more money for infrastructure and stimulus programs. And it may also include funding for a lean version of Biden’s Build Back Better agenda.

But so far, the administration’s attempts to secure more cash have failed. Partly because very few of Biden’s tax hike proposals in the last two years have survived.

Of course, Democrats could put tax hikes back on the table. Or they could fire up the Fed’s “money presses” again.

Unfortunately, more money printing leads to more inflation, which dilutes your purchasing power. And higher taxes could take a big bite out of your paycheck.

But if election history repeats, the Democrats may never get their chance to raise taxes. Because in 17 of the last 19 midterm elections, the president’s party has lost House seats.

Still — the unfavorable polls, probabilities, and prediction markets could be wrong. So we’ll have to wait a few weeks to see the election results.

Regardless of the election’s outcome, we’re still facing several challenges

Inflation remains at a 40-year high
The national debt now exceeds $31 trillion and counting — and taxpayers may be on the hook to cover the bill
The stock market superbubble may collapse and crush investors
And the Ned Davis Recession Probability Model pegged the risk of recession at 98.1%

So… how can you protect your savings?

Gold Alliance will always recommend diversifying with physical gold. And you can read about selecting, holding, and even profiting with gold here, here, and here.

And here’s a fair warning:

Elections are only three weeks away, and the results clock is ticking. So now is the time to consider how the midterms could affect your financial future… and plan ahead.

The Federal Reserve Dilemma and the Impact on Investors and Citizens

Are the Market Wheels Coming Off?