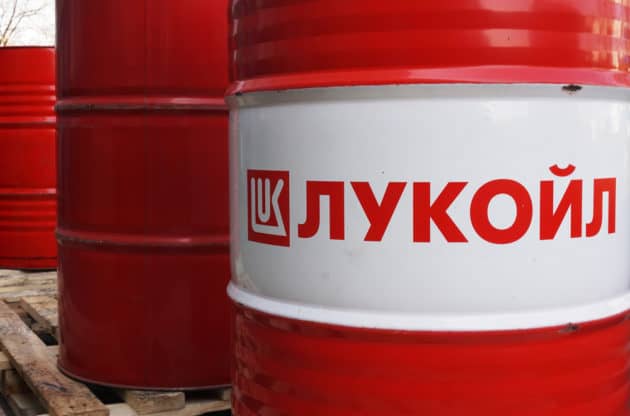 The message was clear: Russian oil was no longer welcome in America.

“This package is about bringing every tool of economic pressure to bear on Vladimir Putin and his oligarch cronies,” said Democrat Sen. Ron Wyden after Congress passed the ban on Russian energy imports in April with almost full bipartisan support.

“Putin’s Russia does not deserve to be a part of the economic order that has existed since the end of World War II,” the senator added.

The oil industry found a workaround

Here’s how it works:

The US ban prohibits Russian oil imports, including all “products of their distillation.” But it excludes “any Russian Federation origin good that has been incorporated or substantially transformed into a foreign-made product.”

That transformation happens through a common oil business process called “blending.” Processors mix together crude oil of varied quality and from several sources. This creates a uniform oil product they can sell globally.

This means a US company may buy oil through the Netherlands or Italy. But the oil is a refined blend that may include Russian crude.

Lukoil blends its Russian oil in Italy. After it’s refined, the “country of origin” changes from Russia to Italy. And then, the US buys this “Italian” oil.

You may be filling your tank with Russian oil

And there’s no way of knowing.

That makes it difficult to hold cooperating refineries accountable for their actions and products.

As long as this blending-practice loophole continues, American consumers and policymakers may not be able to fully understand or address the impact of their actions on Russia and global oil markets.

Europe is banning Lukoil on December 5. But the US has not announced plans to impose similar restrictions on the company.

And even with a domestic ban on the sale of Lukoil products, the individual franchise owners who purchase their oil from Lukoil would ultimately bear the financial consequences.

To end Russian oil imports, the blending must end. And that requires a united international effort. But until the US takes more stringent measures, Putin’s oil may still find its way into your gas tank.