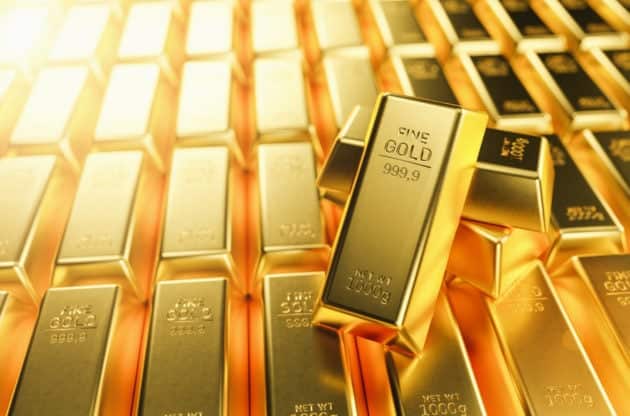 Once upon a time, the US dollar was “sound money” — its value was pegged to a fixed weight of gold, not debt as it is today.

Back then, the government wasn’t able to “print” unlimited “dollars” out of thin air. They had to buy  gold equivalent to around 25% of what they printed in dollars. And if they overprinted, the value of gold to the dollar would rise, making the scheme ineffective.

This meant the government had to create strict budgets, which held Washington’s spending habits in check. How inconvenient! In addition, natural market dynamics determined prices for goods and services. And the economy’s fate wasn’t determined by Federal Reserve policy shifts.

We should return to those days, says Rep. Alex Mooney (R-WV).

On October 7, 2022, he introduced a bill to the United States House of Representatives that calls for a return to the Gold Standard. And this proposed “Gold Standard Restoration Act” would again peg the US dollar to a fixed weight of gold.

“The gold standard would protect against Washington’s irresponsible spending habits and the creation of money out of thin air,” Rep. Mooney said, adding that “Prices would be shaped by economics rather than the instincts of bureaucrats.”

And Mooney’s bill might be on the table at just in time. It comes as inflation is ravaging America after the Federal Reserve and the U.S. Treasury increased the money supply by a record-setting 40% in just three years.

This historic money supply has further debased the already historically declining purchasing power of the US dollar.

And proponents of a return to the Gold Standard argue that…

The bill highlights the fact that “…the dollar loses half of its purchasing power every generation, or 35 years.”

And since Nixon decoupled the dollar from gold in 1971, the dollar’s value has fallen by over 87%. This precipitous drop has left many Americans behind — struggling to afford rising prices and keep their heads above water.

The loss of purchasing power is happening because policy makers weren’t guided by the constraints of a Gold Standard. And since then…

Policymakers seem to have lost any sense of financial discipline

Over the decades, they’ve run up trillions in national debt with little consequence.

But that behavior could change under a return to the Gold Standard:

The finite amount of gold in US reserves would limit the growth of our money supply. And the government could no longer print its way out of debt. Instead, policymakers would have to confront the government’s reckless deficit spending.

So what else can we expect if the Gold Standard Restoration Act passes?

If the Act passes, the Fed and the U.S. Treasury must disclose their gold reserves and transactions over the last 60 years. And this disclosure must happen within 30 months of the bill’s enactment.

Following the audit, the Secretary of the Treasury would peg the value of the dollar to a fixed weight of gold. And this would “enable the market and market participants to arrive at the fixed Federal Reserve note dollar–gold parity.”

This return to sound money would give policymakers an accurate picture of the US gold reserves. It could represent the first real step toward long-overdue monetary policy reforms. It could help restore investor confidence in the dollar as a reliable store of value. And many officials believe it could help secure America’s economy for years to come.

It would also signal the end of the government’s unbacked dollar — a fiat currency experiment that is only 52 years old. All its historical precedents ended in the complete destruction of the value of the unbacked currency.

Another Crack in the Dollar’s Dominance?