The Surprising Reasons for Gold’s Sluggish Response to Inflation 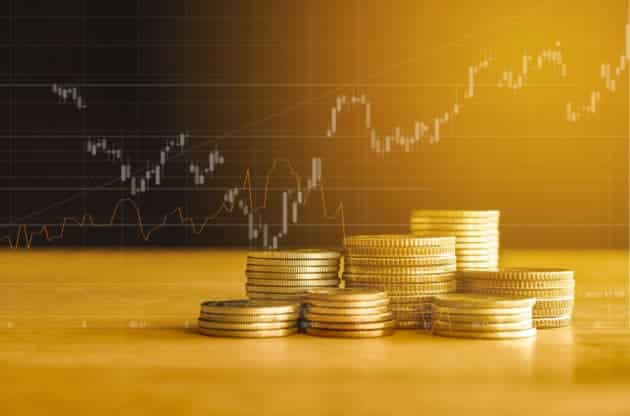 Well, this is strange.

Investors who know their money history are well aware that gold typically rises when inflation soars. And inflation has been sky-high all year. So gold “should” be soaring. Yet, gold has dropped almost $400 since its March 8 peak of $2,074.60 per ounce.

Why is gold underperforming when it historically shines as inflation rises?

Where’s the gold rally defensive investors, gold enthusiasts, and Gold IRA holders have been waiting for with bated breath?

The surprising truth is:

Gold isn’t underperforming at all. In fact, compared to other major asset classes, gold is one of the best-performing assets of 2022.

Meanwhile, gold only shed 6%. So gold may be down a bit, but it’s still holding strong.

But if that’s true, then why isn’t gold skyrocketing yet?

The answer lies in the strong dollar compared to other major currencies.

The US Dollar Index (which measures the greenback against six other currencies) is up over 16.5% this year. That’s the largest annual gain since 1980. And the index reached a two-decade high in late August.

This is happening because rising interest rates are driving capital out of other fiat currencies into the dollar. And since gold is priced in dollars, a stronger dollar means the price of gold in other currencies goes up.

In other words, inflation may be boosting the price of gold in other currencies, but the strong dollar has offset some of these gains. And the greenback will stay strong as long as the financial markets believe the Fed can win the fierce fight against inflation.

But how does the market’s belief in the Fed impact the price of gold?

It all depends on what the market believes “money” is.

Because in essence, there are two schools of thought:

One school of thought places its full faith in gold — a tangible store of wealth with 5,000 years of history that cannot be inflated. And the other puts faith in the Fed — a group of non-elected bureaucrats who control interest rates and issue debt-based currency.

So, what happens if the Fed cannot win this battle against inflation and faith in the Fed disappears?

We’re not there yet.

However, one thing is certain:

When the Fed was unable to tackle the soaring inflation of the 1970s, gold exploded by over $2,300%. And when the Fed put money printing on steroids after 2008, gold more than doubled.

If the Fed can’t tame inflation, the market could lose faith in the central bank’s abilities. And we may very well see gold catch up and overshoot the rate of inflation once again.

But can Fed Chairman Powell beat inflation with rate hikes?

“[T]he risk of persistent high inflation the U.S. economy is experiencing today seems to be explained more by the worrying combination of the large public debt and the weakening credibility of the fiscal framework … [The Fed can bring down inflation] only when public debt can be successfully stabilized by credible future fiscal plans.”

If Powell can’t tame the raging inflation with aggressive interest rate hikes alone, he may be forced to use more unconventional methods. And those could include asset purchases or even yield curve control.

And if these measures are unsuccessful, the dollar could come under pressure.

Or we could end up with the recession that more and more experts are warning about.

Analysts from The World Gold Council are optimistic about what’s ahead for gold. “[A]s recessionary and geopolitical risks increase,” they say, “investors may shift to more defensive strategies, looking for high-quality liquid assets such as gold to reduce portfolio losses.”

Then what we’re seeing isn’t gold underperforming. Instead, it looks like the incredible precious metal may be poised for a major rally. And this may prove to be the best time in history to own or acquire more gold.

Is Biden’s Student Loan Forgiveness Good for Us?

What the Drop in Home Values Could Mean

The post The Surprising Reasons for Gold’s Sluggish Response to Inflation appeared first on Gold Alliance.